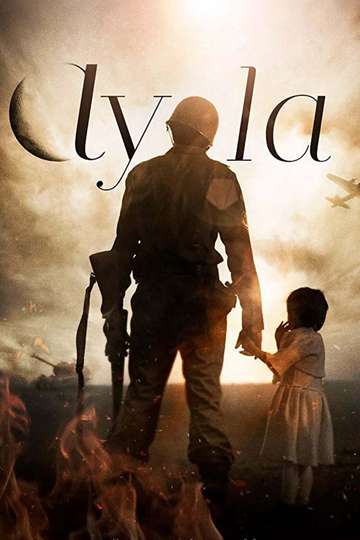 Ayla: The Daughter of War (2019)Stream and Watch Online

Need to watch 'Ayla: The Daughter of War' on your TV or mobile device at home? Searching for a streaming service to buy, rent, download, or watch the Can Ulkay-directed movie via subscription can be challenging, so we here at Moviefone want to do right by you.

Read on for a listing of streaming and cable services - including rental, purchase, and subscription alternatives - along with the availability of 'Ayla: The Daughter of War' on each platform when they are available. Now, before we get into the various whats and wheres of how you can watch 'Ayla: The Daughter of War' right now, here are some finer points about the Dijital Sanatlar drama flick.

You probably already know what the movie's about, but just in case... Here's the plot: "In 1950, amidst the ravages of the Korean War, Sergeant Süleyman stumbles upon a a half-frozen little girl, with no parents and no help in sight. Frantic, scared and on the verge of death, this little girl captures the heart of Süleyman, who risks his own life to save her, smuggling her into his Army base and out of harms way. Not knowing her name and unable to communicate with her, Süleyman names her Ayla, in reminiscence of the moon on the fateful night during which they met. The two form an instantaneous and inseparable bond, and Ayla, almost effortlessly, brings an uncanny joy to the Turkish brigade in the grip of war. As the war comes to a close however, Süleyman's brigade is told that they will be returning home. Süleyman cannot bear abandoning Ayla, and does everything within his power to take her with him. After repeated failure, he is forced to give Ayla to an orphanage, but doesn't give up on the hope of one day reuniting with her. Will the two ever get back together?"

'Ayla: The Daughter of War' is currently available to rent, purchase, or stream via subscription on Microsoft Store, .

The Conjuring: The Devil Made Me Do It
"The demonic case that shocked America."
Recep Ivedik 5
"A Folk Hero"

Once Upon a Time… in Hollywood
"In this town, it can all change… like that"
G.O.R.A.
Müslüm
In the Family

The Boy in the Striped Pyjamas
"Lines may divide us, but hope will unite us."
The Mountain II
"A Storm is Comming"
The Pianist
"Music was his passion. Survival was his masterpiece."

Annabelle Comes Home
"Possess them all"

The Boy
"Every child needs to feel loved."
Miracle in Cell No. 7
Arif V 216
Mortal World