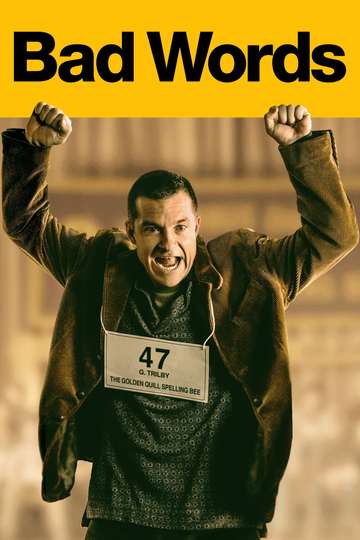 Looking to feast your eyes on 'Bad Words' in the comfort of your own home? Finding a streaming service to buy, rent, download, or view the Jason Bateman-directed movie via subscription can be confusing, so we here at Moviefone want to do the work for you.

We've listed a number of streaming and cable services - including rental, purchase, and subscription choices - along with the availability of 'Bad Words' on each platform when they are available. Now, before we get into the fundamentals of how you can watch 'Bad Words' right now, here are some finer points about the Darko Entertainment, Aggregate Films comedy flick.

Released March 14th, 2014, 'Bad Words' stars Jason Bateman, Kathryn Hahn, Rohan Chand, Philip Baker Hall The R movie has a runtime of about 1 hr 29 min, and received a user score of 64 (out of 100) on TMDb, which collated reviews from 662 knowledgeable users.

Curious to know what the movie's about? Here's the plot: "A misanthropic man sets out to exact revenge on his estranged father, by finding a loophole and attempting to win the National Spelling Bee as an adult. Figuring it would destroy his father, and everything he's worked so hard for as head of the Spelling Bee Championship Organization, Guy Trilby eventually discovers winning isn't necessary for revenge, and that friendship is a blessing not a curse."

This Is Where I Leave You
"Welcome Home. Get Uncomfortable."

Muppets Most Wanted
"Taking the world by farce"

Funny People
"George Simmons was prepared to die, but then a funny thing happened."

Anchorman 2: The Legend Continues
"It's kind of a big deal"

Horrible Bosses
"Ever wish your boss was dead?"

Ride Along
"Propose to this cop's sister? Rookie mistake."

This Is the End
"Nothing ruins a party like the end of the world."

A.C.O.D.
"He's About To Ruin A Perfectly Good Divorce"

Tammy
"She hit the road. The road hit back."

The Campaign
"May the best loser win."

Identity Thief
"She's having the time of his life"

A Million Ways to Die in the West
"Bring protection."