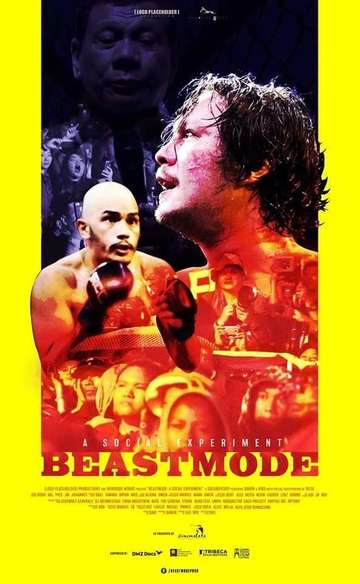 NR 1 hr 30 minDocumentary
Beastmode interweaves what at first sight seem to be two unconnected storylines: the first two years of rule by President Rodrigo Duterte of the Philippines, notorious for his war against drugs, and the reconstruction of a social and artistic experiment about violence and performance—a sort of Fight Club 2.0. The central figure in the experiment is the well-known Filipino actor Baron Geisler. He's apparently incapable of controlling his aggression, and ends up fighting in public. Social media explode, and a media frenzy ensues. Geisler and other protagonists look back in video diary style on the outcry their project has caused. The narrative line about the experiment is intercut with news footage and scenes from Duterte’s State of the Nation Address in 2017, while a demonstration was taking place outside. This is a fascinating exploration of aggression, sensationalism and manipulation in a country gripped by violence.
Show More
DirectorsManuel Mesina IIIBanuk Amante
StarringBaron GeislerKiko MatosRodrigo Duterte
Movie DetailsFull Cast & Crew