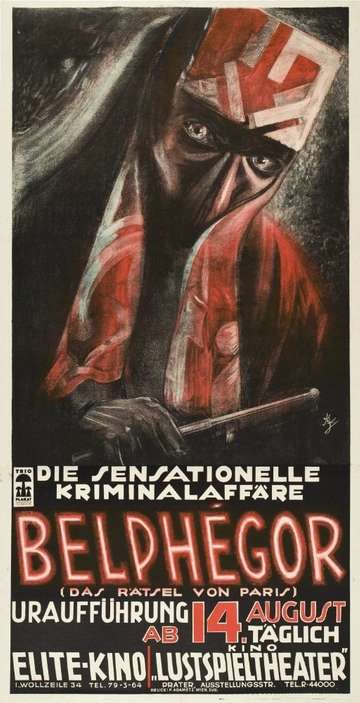 TMDb Score
80
NR 4 hr 53 minAdventure, Mystery, Crime
Belphégor deals with a series of mysterious appearances by a masked-and-robed figure in the Louvre; a security guard is murdered, and a later police trap is foiled when the phantom—“Belphégor” (the name of a legendary demon)—uses knock-out gas. Journalist Jacques Bellegarde of “Le Petit Parisien” (the real-life newspaper which published the original story in serial installments), investigates, and eventually discovers famous detective Chantecoq and his vivacious daughter Colette are also on the case.
Show More
DirectorHenri Desfontaines
StarringRenÃ© NavarreElmire VautierLucien Dalsace
Full Cast & Crew