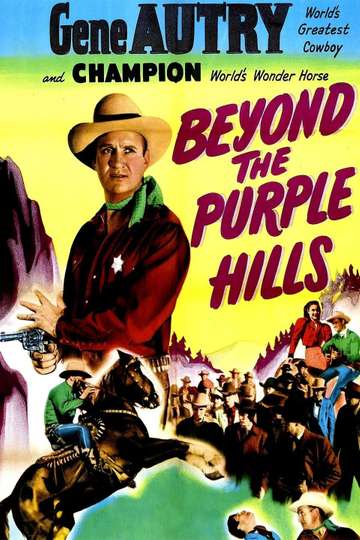 "SIX-GUNS SING OUT FOR JUSTICE!"
NR 1 hr 9 minJul 25th, 1950Western
In a typical western (movie) town (possibly described as 'hick' by someone who possibly hasn't seen the film) Gene Autry and his friend Jack Beaumont are present when the bank is robbed and Sheriff Whiteside is killed. Judge Beaumont, Jack's father, appoints Gene the new sheriff. When Jack learns that his father is making a new will in his disfavor, they quarrel and Jack leaves under suspicious circumstances. Rocky Morgan who has been swindling the judge murders him and Gene has to jail his friend, who thinks Gene is double crossing him. But Gene has a plan to clear Jack.
Show More
DirectorJohn English
StarringGene AutryChampionJo-Carroll Dennison
Where to WatchFull Cast & CrewBuy DVD