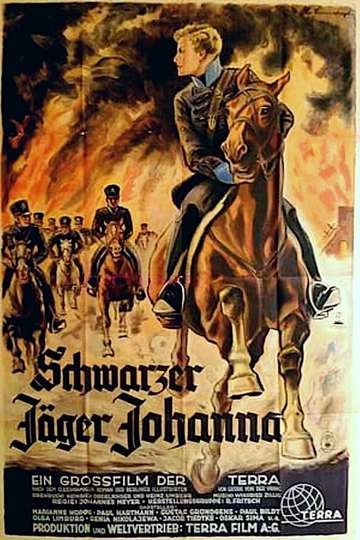 Germany under Napoleon. Johanna is travelling by stagecoach when one of its occupants, Major Korfes, is arrested by the French militia. Before capture, he gives Johanna a mysterious letter. To solve the mystery, she joins the German corps as the “Black Hunter”. A fantastic breeches role for the lesbian Marianne Hoppe, who two years later, married her gay film partner Gustav Gründgens to prevent persecution by the Nazis.