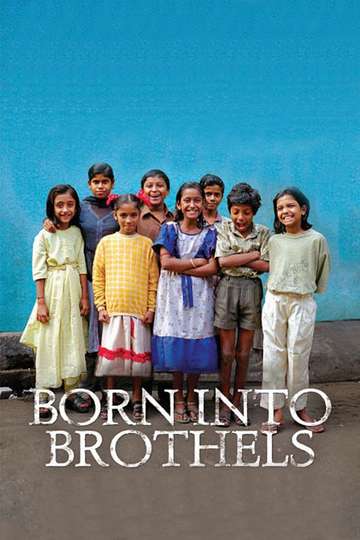 Looking to feast your eyes on 'Born Into Brothels: Calcutta's Red Light Kids' in the comfort of your own home? Tracking down a streaming service to buy, rent, download, or watch the Zana Briski-directed movie via subscription can be challenging, so we here at Moviefone want to do the work for you.

We've listed a number of streaming and cable services - including rental, purchase, and subscription alternatives - along with the availability of 'Born Into Brothels: Calcutta's Red Light Kids' on each platform when they are available. Now, before we get into all the details of how you can watch 'Born Into Brothels: Calcutta's Red Light Kids' right now, here are some details about the HBO Documentary Films, Creative Visions Productions, Red Light Films, Sundance Institute documentary flick.

Released December 8th, 2004, 'Born Into Brothels: Calcutta's Red Light Kids' stars Zana Briski, Avijit, Geeta Masi, Kochi The R movie has a runtime of about 1 hr 25 min, and received a user score of 70 (out of 100) on TMDb, which collated reviews from 167 respected users.

Curious to know what the movie's about? Here's the plot: "Documentary depicting the lives of child prostitutes in the red light district of Songachi, Calcutta. Director Zana Briski went to photograph the prostitutes when she met and became friends with their children. Briski began giving photography lessons to the children and became aware that their photography might be a way for them to lead better lives."

Happy Feet
"WARNING: May Cause Toe-Tapping."
Beginners
"This is what love feels like."
The Virgin Suicides
"Beautiful, mysterious, haunting, invariably fatal. Just like life."
Me, Myself & Irene
"From gentle to mental."

The Queen
"Our Leaders. Ourselves."

March of the Penguins
"In the harshest place on Earth, love finds a way."

An Inconvenient Truth
"By far the most terrifying film you will ever see."
There's Something About Mary
"Love Is In The Hair."

The Constant Gardener
"Love. At any cost."

Lincoln
"With the moral courage and fierce determination to succeed, his choices will change the fate of generations to come."

The Last King of Scotland
"Charming. Magnetic. Murderous."
Precious
"We are all precious"

Crazy Heart
"The harder the life, the sweeter the song."

Syriana
"Everything is connected."

Dreamgirls
"One Dream Will Change Everything"

The Aviator
"The way of the future"
Taxi to the Dark Side
"In 2002, a young cab driver picked up a few passengers near his home in Afghanistan... He never returned"