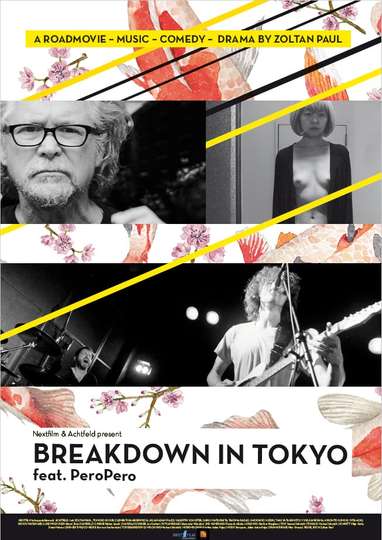 Breakdown in TokyoStream and Watch Online

Need to watch 'Breakdown in Tokyo' on your TV, phone, or tablet? Searching for a streaming service to buy, rent, download, or view the Zoltan Paul-directed movie via subscription can be confusing, so we here at Moviefone want to do the heavy lifting.

We've listed a number of streaming and cable services - including rental, purchase, and subscription alternatives - along with the availability of 'Breakdown in Tokyo' on each platform when they are available. Now, before we get into the nitty-gritty of how you can watch 'Breakdown in Tokyo' right now, here are some particulars about the Achtfeld, Nextfilm Filmproduktion comedy flick.

Released , 'Breakdown in Tokyo' stars Zoltan Paul, Tomoko Inoue, Clementina Hegewisch, Julian Adam Pajzs The movie has a runtime of about 1 hr 24 min, and received a user score of (out of 100) on TMDb, which put together reviews from experienced users.

Want to know what the movie's about? Here's the plot: "In the throes of an existential crisis, an aging director decides to travel to Japan to film the tour of his son's rock-band, PEROPERO. His partner Emma acts as producer as they follow the band's performances in a string of live clubs across Japan. When the director falls hard for the young Japanese tour manager, both the film shoot and his life threaten to fall apart."

'Breakdown in Tokyo' is currently available to rent, purchase, or stream via subscription on Apple iTunes, and Amazon Video .