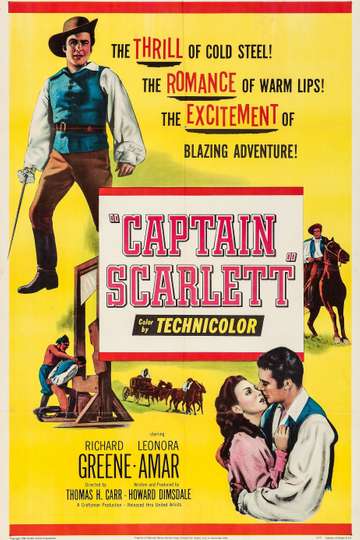 TMDb Score
42
NR 1 hr 15 minSep 12th, 1953Action, Adventure
Captain Scarlett rescues Princess Maria from being abducted while travelling. She's not exactly grateful. He finds out that she is to be married to a man she doesn't like, so Captain Scarlet attempts to help her but winds up in prison for his efforts. He escapes and finally helps the reluctant bride who winds up joining Captain Scarlett and his sidekick and they become something along the lines of the three musketeers.
Show More
DirectorThomas Carr
StarringRichard GreeneLeonora AmarNedrick Young
Movie DetailsWhere to WatchFull Cast & CrewBuy DVD