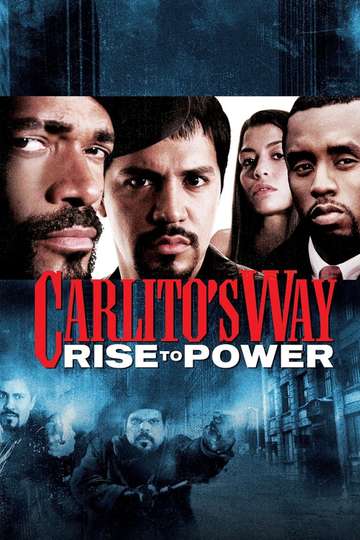 Looking to watch 'Carlito's Way: Rise to Power' on your TV, phone, or tablet? Discovering a streaming service to buy, rent, download, or watch the Michael Bregman-directed movie via subscription can be a challenge, so we here at Moviefone want to do the work for you.

Read on for a listing of streaming and cable services - including rental, purchase, and subscription options - along with the availability of 'Carlito's Way: Rise to Power' on each platform when they are available. Now, before we get into all the details of how you can watch 'Carlito's Way: Rise to Power' right now, here are some specifics about the Rogue Pictures thriller flick.

Released September 27th, 2005, 'Carlito's Way: Rise to Power' stars Jay Hernandez, Mario Van Peebles, Luis Guzmán, Sean Combs The PG-13 movie has a runtime of about 1 hr 40 min, and received a user score of 48 (out of 100) on TMDb, which compiled reviews from 51 respected users.

What, so now you want to know what the movie's about? Here's the plot: "Jay Hernandez (Friday Night Lights), Mario Van Peebles (Ali), Luis Guzmán (Carlito's Way) and Sean Combs (Monster's Ball) star in the gripping tale of the early years of gangster legend Carlito Brigante. Seduced by the power of the brutal New York underworld, he enters a deadly circle of greed and retribution. Assisted by his two brothers-in-crime, Carlito is on the fast track to becoming Spanish Harlem's ultimate kingpin. He quickly learns, however, that the only way to survive at the top is through loyalty to his friends and respect for the rules of the street. (FILMAFFINITY)"

Crazy Eights
"No secret stays locked away forever."
Eva
Escape the Field
"The hunt is on."
Carlito's Way
"He's got a good future if he can live past next week."
Careful What You Wish For
"Wanting her was his first mistake"
Embrace of the Vampire
"Between innocence and evil lies the seduction."