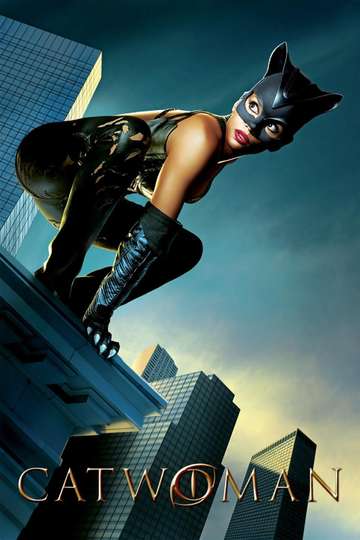 Want to watch 'Catwoman' in the comfort of your own home? Hunting down a streaming service to buy, rent, download, or watch the Pitof-directed movie via subscription can be a challenge, so we here at Moviefone want to do the work for you.

We've listed a number of streaming and cable services - including rental, purchase, and subscription options - along with the availability of 'Catwoman' on each platform when they are available. Now, before we get into the fundamentals of how you can watch 'Catwoman' right now, here are some specifics about the Village Roadshow Pictures, Warner Bros. Pictures, DC Comics, Di Novi Pictures, DC Entertainment, Frantic Films, Maple Shade Films, Catwoman Films fantasy flick.

Released July 23rd, 2004, 'Catwoman' stars Halle Berry, Benjamin Bratt, Sharon Stone, Lambert Wilson The PG-13 movie has a runtime of about 1 hr 44 min, and received a user score of 46 (out of 100) on TMDb, which assembled reviews from 2,805 knowledgeable users.

Want to know what the movie's about? Here's the plot: "A shy woman, endowed with the speed, reflexes, and senses of a cat, walks a thin line between criminal and hero, even as a detective doggedly pursues her, fascinated by both of her personas"

The League of Extraordinary Gentlemen
"The power of seven become a league of one."

Ghost Rider
"Hell is about to be unleashed."

Fantastic Four: Rise of the Silver Surfer
"Discover the secret of the Surfer."
Doctor Dolittle
"He doesn't just talk to the animals!"

Eragon
"As darkness falls, the last dragon will choose its rider."
Charlie's Angels: Full Throttle
"This summer the Angels are back."
Hulk
"What if everything you were forced to keep inside was suddenly set free?"
Daredevil
"A Guardian Devil"

The Tuxedo
"Suit up for action!"
Forced Vengeance
"A walking weapon that never misses!"