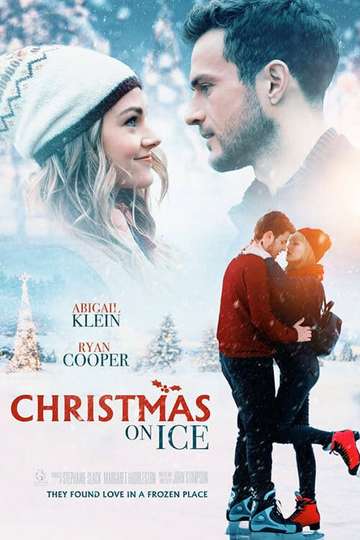 Want to watch 'Christmas on Ice' on your TV, phone, or tablet? Hunting down a streaming service to buy, rent, download, or view the John Stimpson-directed movie via subscription can be tricky, so we here at Moviefone want to do the work for you.

We've listed a number of streaming and cable services - including rental, purchase, and subscription choices - along with the availability of 'Christmas on Ice' on each platform when they are available. Now, before we get into the fundamentals of how you can watch 'Christmas on Ice' right now, here are some details about the H9 Films, Moody Independent, Off Camera Entertainment tv movie flick.

Released October 23rd, 2020, 'Christmas on Ice' stars Abigail Klein, Ryan Cooper, Caroline Portu, Will Lyman The movie has a runtime of about 1 hr 20 min, and received a user score of 69 (out of 100) on TMDb, which assembled reviews from 50 respected users.

You probably already know what the movie's about, but just in case... Here's the plot: "Courtney Bennett, a former US figure skating hopeful, runs the city’s public skating rink but when the Mayor announces its closing, Courtney is heartbroken but determined to save it. After Courtney’s attempts to warm the Mayor’s Scrooge-like heart fail, she enlists the help of Noah Tremblay, a former professional hockey player and single dad, who owns the new indoor skating center, to help her, and together they find more than just the spirit of holidays on the ice."

'Christmas on Ice' is currently available to rent, purchase, or stream via subscription on Microsoft Store, Amazon Video, Lifetime, Hoopla, and Vudu .

Soul
"Is all this living really worth dying for?"
A California Christmas