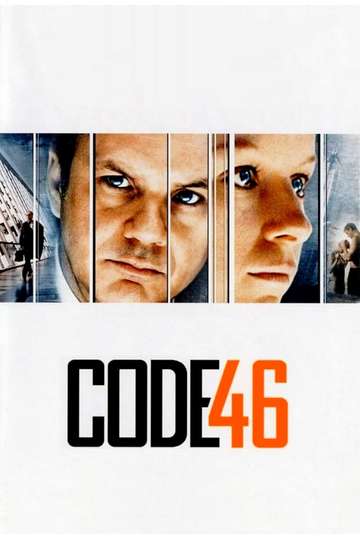 Want to watch 'Code 46' on your TV or mobile device at home? Finding a streaming service to buy, rent, download, or view the Michael Winterbottom-directed movie via subscription can be confusing, so we here at Moviefone want to take the pressure off.

We've listed a number of streaming and cable services - including rental, purchase, and subscription options - along with the availability of 'Code 46' on each platform when they are available. Now, before we get into the nitty-gritty of how you can watch 'Code 46' right now, here are some finer points about the BBC Films, BBC, Kailash Picture Company, Revolution Films, UK Film Council, United Artists drama flick.

Released August 2nd, 2004, 'Code 46' stars Tim Robbins, Samantha Morton, Nabil Elouahabi, Om Puri The R movie has a runtime of about 1 hr 33 min, and received a user score of 62 (out of 100) on TMDb, which put together reviews from 281 knowledgeable users.

You probably already know what the movie's about, but just in case... Here's the plot: "In a dystopian future, insurance fraud investigator William Gold arrives in Shanghai to investigate a forgery ring for "papelles", futuristic passports that record people's identities and genetics. Gold falls for Maria Gonzalez, the woman in charge of the forgeries. After a passionate affair, Gold returns home, having named a coworker as the culprit. But when one of Gonzalez's customers is found dead, Gold is sent back to Shanghai to complete the investigation."

Be Cool
"Everyone is looking for the next big hit"
The Conversation
"Harry Caul is an invader of privacy. The best in the business."
The One
"Stealing the power of the universes one by one."

Control
"He had the spirit, but lost the feeling."

The Manchurian Candidate
"Everything is under control."
Soylent Green
"What is the secret of Soylent Green?"
Renegade
"The devil you know."

Cellular
"If the signal dies so does she."
Mindhunters
"For seven elite profilers, finding a serial killer is a process of elimination. Their own."

Elektra
"Looks can kill"
Happiness
"Finding happiness can be a tragic comedy."
Mission to Mars
"Let There Be Life."
Phantom of the Paradise
"He sold his soul for rock n’roll!"
Invasion of the Body Snatchers
"There was nothing to hold onto - except each other."
Cashback
"Sometimes love is hiding between the seconds of your life."
Submarine
"A comedy that doesn't let principles stand in the way of progress."
Strange Days
"New Year’s Eve 1999. Anything is possible. Nothing is forbidden."
The Celebration
"Every family has a secret."