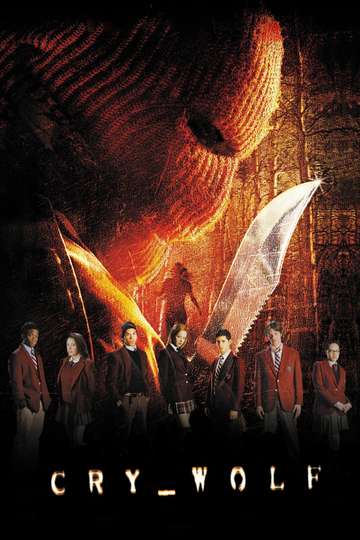 Fancy watching 'Cry_Wolf' in the comfort of your own home? Searching for a streaming service to buy, rent, download, or watch the Jeff Wadlow-directed movie via subscription can be challenging, so we here at Moviefone want to take the pressure off.

We've listed a number of streaming and cable services - including rental, purchase, and subscription options - along with the availability of 'Cry_Wolf' on each platform when they are available. Now, before we get into the nitty-gritty of how you can watch 'Cry_Wolf' right now, here are some particulars about the Universal Pictures thriller flick.

Want to know what the movie's about? Here's the plot: "After a local woman is murdered, a group of teenage liars create a warning e-mail of a serial killer named “The Wolf”, coming on the next full moon. The teens describe each death method The Wolf uses, but when the described victims actually do start turning up dead, suddenly no one knows where the lies end and the truth begins."

The Uninvited
"Can you believe what you see?"
The Shortcut
"Some urban legends are real"

Dark Water
"This Season, The Mystery Of The Darkness Will Consume Your Life"

The Messengers
"There is evidence to suggest that children are highly susceptible to paranormal phenomena. They see what adults cannot. They believe what adults deny. And they are trying to warn us."
Battle Of The Bulge: Winter War
"One last chance for greatness"

Stay Alive
"You die in the game - you die for real."
Creep
"Your journey terminates here"
The Lodger
"Everyone is suspect."

All the Boys Love Mandy Lane
"Everyone is dying to be with her. Someone is killing for it."

An American Haunting
"Possession Knows No Bounds"
Urban Legends: Bloody Mary
"Turn Off The Light And See What Happens."
Cherry Falls
"Lose your innocence... Or lose your life."

Sorority Row
"The Sisters of Theta Pi Are Dying To Keep a Secret."
Club Dread
"A vacation to die for."
The Children
"You brought them into this world. Now ... They will take you out."
Urban Legends: Final Cut
"Legends Never Die."

Mother's Day
"Don't Misbehave."
Drive Thru
"At Hella Burger, It Won't Be The Food That Kills You... But You'll Wish It Did."

Seed of Chucky
"Time to raise some hell."
Shrooms
"Get ready to get wasted"