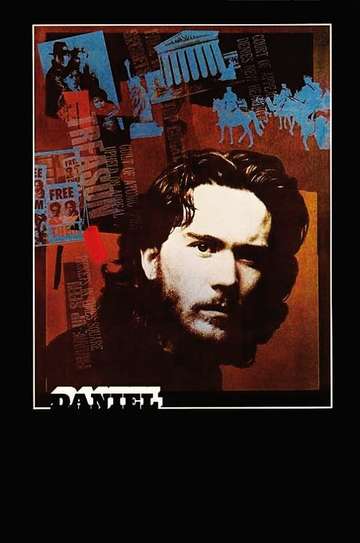 Need to watch 'Daniel' on your TV, phone, or tablet? Searching for a streaming service to buy, rent, download, or watch the Sidney Lumet-directed movie via subscription can be tricky, so we here at Moviefone want to do the heavy lifting.

Below, you'll find a number of top-tier streaming and cable services - including rental, purchase, and subscription choices - along with the availability of 'Daniel' on each platform when they are available. Now, before we get into the fundamentals of how you can watch 'Daniel' right now, here are some specifics about the Paramount, World Film Services drama flick.

Released August 26th, 1983, 'Daniel' stars Timothy Hutton, Mandy Patinkin, Lindsay Crouse, Ed Asner The R movie has a runtime of about 2 hr 10 min, and received a user score of 66 (out of 100) on TMDb, which collated reviews from 17 experienced users.

Interested in knowing what the movie's about? Here's the plot: "The fictionalized story of Daniel, the son of Paul and Rochelle Isaacson, who were executed as Soviet spies in the 1950s. As a graduate student in New York in the 1960s, Daniel is involved in the antiwar protest movement and contrasts his experiences to the memory of his parents and his belief that they were wrongfully convicted."

'Homeland' Season 7 Trailer Sends Carrie Back to D.C. to Take on the President