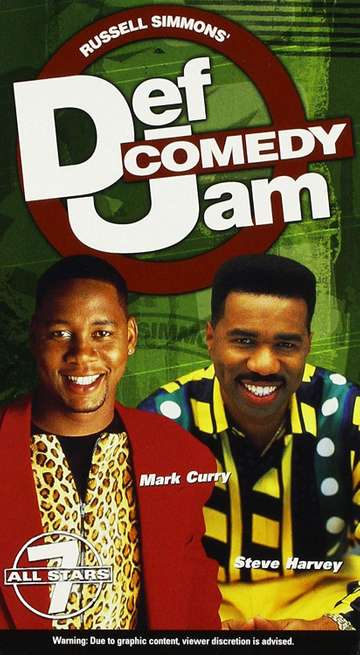 Def Comedy Jam played host to some of the greatest comedians of the 1990s, many of whom went on to greater fame, due in part to the exposure they received on the program. Here, Mark Curry and Steve Harvey both show off some comic chops that that could never air on their respective network TV shows, though Harvey has shown this side of himself in Spike Lee's excellent THE ORIGINAL KINGS OF COMEDY. Rounding out the performers are Don "D.C." Curry (NEXT FRIDAY) and Arnez J. Contains two episodes.

Steve Harvey Was Thrilled About Last Year's Oscars Mix-Up: 'I Was Free!'