New trailer for Dungeons & Dragons: Honor Among Thieves. Only in theatres March 31, 2023. 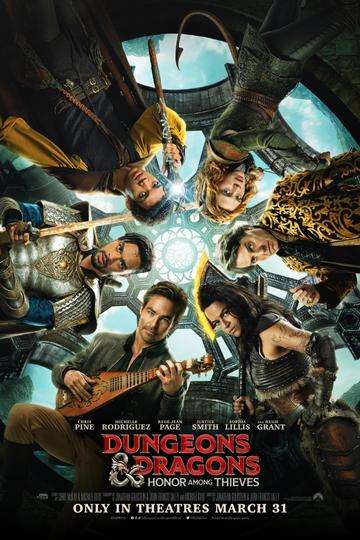 We’re a little over two months away from the release of ‘Dungeons & Dragons: Honor Among Thieves’, which will see the legendary tabletop gaming system come to screens––well, back to them––for a new movie.

We say, “back” because the 2000 version, which starred Jeremy Irons, Justin Whalin and Marlon Wayans, is infamously divisive among movie fans, and scored terrible reviews. 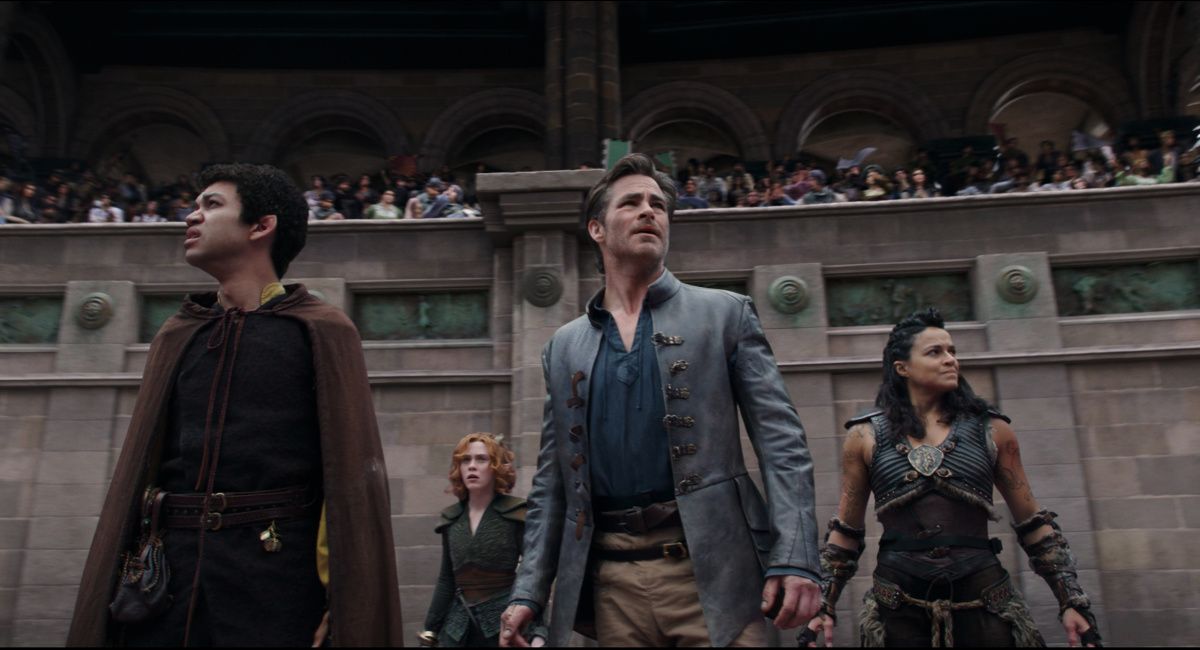 Framed less as a respectful fantasy epic and more as a knockabout comedy in the ‘Jumanji’ mold, ‘Honor Among Thieves’ follows Pine’s Edgin, a charming thief who recruits a band of unlikely adventurers, who undertake an epic heist to retrieve a lost relic, but things go dangerously awry when they run afoul of the wrong people.

This new trailer explains a little more about the story––for all his roguish humor, Pine’s character has clearly been through the wringer, losing all he cares about before this latest mission.

And the stakes are high: the artifact that he and the gang helped to retrieve has been used by a group of evil red wizards to unleash and army of the undead and general chaos upon the fantasy world.

So Pine, Rodriguez and the rest must make things right, assuming they can stop squabbling along the way.

The funnier elements are perhaps not a surprise, since co-writer/directors John Francis Daley and Jonathan Goldstein come from the comedy world and previously made the excellent, underrated ‘Game Night’.

Plus the cast appears to have thrown themselves into the jokey side of the story, with Pine showing the comic chops he sometimes displays as Captain Kirk in the ‘Star Trek’ movies. And then, of course there is Grant, a past master at delivering a solid comedy line; as if his background in British rom coms wasn’t a clue, he also stole scenes as the villain in ‘Paddington 2’. In fact, he seems to be channelling that film’s Phoenix Buchanan for his turn as wrong ‘un (but perhaps not Big Bad) Forge here.

Whether or not ‘Honor Among Thieves’ can restore the dignity of the ‘Dungeons’ franchise to screens remains to be seen, but there are certainly lots of elements that fans of the game will recognize, from character classes to the owlbear who makes a brief appearance in the trailer, and the directors have previously explained their love of the game.

While the tone might throw some off, it could well help the movie reach an audience beyond the diehards, which Paramount is no doubt hoping if it wants to build a new franchise. And with a TV show in the works by Rawson Marshall Thurber for Paramount+, there’s even more pressure.

‘Dungeons & Dragons: Honor Among Thieves’ will be in theaters from March 31st.

‘Dungeons & Dragons: Honor Among Thieves’ will open in theaters on March 3rd, 2023.