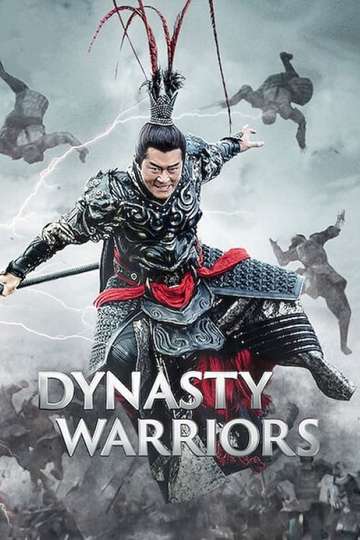 Want to watch 'Dynasty Warriors' on your TV or mobile device at home? Tracking down a streaming service to buy, rent, download, or view the Roy Chow Hin-Yeung-directed movie via subscription can be difficult, so we here at Moviefone want to do the work for you.

What, so now you want to know what the movie’s about? Here's the plot: "In the turbulent late Eastern Han Dynasty. Ambitious Dong Zhuo controls the court and the commonalty, and heroes from all over the country begin to rise."

'Dynasty Warriors' is currently available to rent, purchase, or stream via subscription on Netflix .

Peter Rabbit 2: The Runaway
Bea, Thomas, and the rabbits have created a makeshift family, but desp...

Luca
Luca and his best friend Alberto experience an unforgettable summer on...

The Forever Purge
The fifth installment of 'The Purge' film series.

Don't Breathe 2
The Blind Man has been hiding out for several years in an isolated cab...

Space Jam: A New Legacy
When LeBron and his young son Dom are trapped in a digital spac...

The Conjuring: The Devil Made Me Do It
Paranormal investigators Ed and Lorraine Warren encounter what would b...