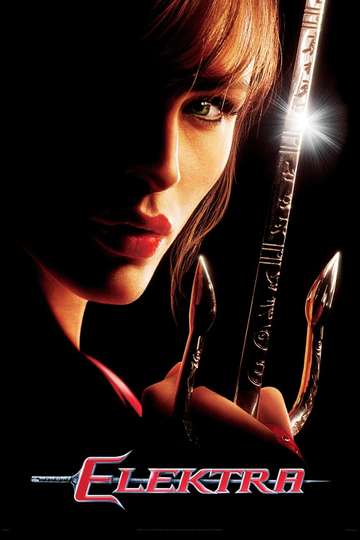 Fancy watching 'Elektra' in the comfort of your own home? Hunting down a streaming service to buy, rent, download, or watch the Rob Bowman-directed movie via subscription can be difficult, so we here at Moviefone want to help you out.

We've listed a number of streaming and cable services - including rental, purchase, and subscription choices - along with the availability of 'Elektra' on each platform. Now, before we get into the fundamentals of how you can watch 'Elektra' right now, here are some finer points about the Regency Enterprises, Epsilon Motion Pictures, New Regency Pictures, Marvel Enterprises, Horseshoe Bay Productions, Elektra Productions, SAI Productions, 20th Century Fox fantasy flick.

Released January 14th, 2005, 'Elektra' stars Jennifer Garner, Goran Visnjic, Will Yun Lee, Cary-Hiroyuki Tagawa The PG-13 movie has a runtime of about 1 hr 37 min, and received a user score of 50 (out of 100) on TMDb, which put together reviews from 1,877 respected users.

You probably already know what the movie's about, but just in case... Here's the plot: "Elektra the warrior survives a near-death experience, becomes an assassin-for-hire, and tries to protect her two latest targets, a single father and his young daughter, from a group of supernatural assassins."

Batman Forever
Batman must battle a disfigured district attorney and a disgruntled fo...

Fantastic Four: Rise of the Silver Surfer
The Fantastic Four return to the big screen as a new and all powerful...

Ultraviolet
In the late 21st century, a subculture of humans have emerged who have...

The Punisher
When undercover FBI agent Frank Castle's wife and son are slaughtered,...