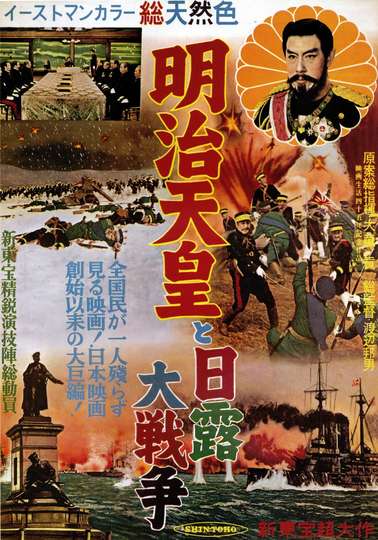 NR 1 hr 53 minHistory, War, Drama
Meiji Tenno portrayed the ramp up to the Russo-Japan War. In addition to showing the political events that led to war, it also showed the era from the story of a farm family in rural Japan who sent their son off to war. As such, it could be considered an anti-war movie, showing how, while war is devised by governments, the people do not really understand what war is, and it's combatants often do not know what they are fighting for.
Show More
DirectorKunio Watanabe
StarringKanjÅ«rÅ ArashiKusuo AbeMinoru Takada
Full Cast & Crew