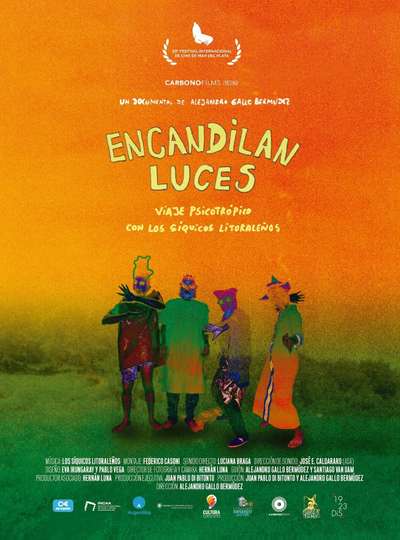 TMDb Score
90
NR 1 hr 20 minDocumentary
"Chipadelia", "The poor man's Pink Floyd", "psychedelic space chamamé"... Dazzle Lights demands a certain amount of creativity from Dick el Demasiado, Alan Courtis and other music journalists as they seek to describe the indescribable Síquicos Litoraleños. Alejandro Gallo Bermúdez never tries to profile the members of the band from Curuzú Cuatiá; the director appears to respect the privacy of a group that keeps its distance with different outfits and an ongoing quest to alter perceptions. The documentary shifts between the cultural shockwaves made by the group from Corrientes at home and at European festivals and the unintended creation of a rural psychedelic scene at the North-East of Argentina, as well as an unexpected clash with the Curuzú Cuatiá native Cristian Osorio, found of the now defunct group Saltimbankis.
Show More
DirectorAlejandro Gallo BermÃºdez