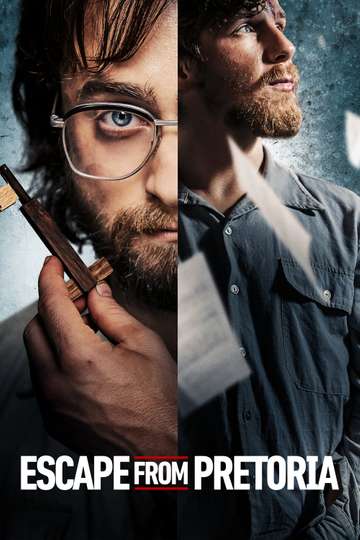 Want to watch 'Escape from Pretoria' on your TV or mobile device at home? Tracking down a streaming service to buy, rent, download, or view the Francis Annan-directed movie via subscription can be challenging, so we here at Moviefone want to take the pressure off.

We've listed a number of streaming and cable services - including rental, purchase, and subscription choices - along with the availability of 'Escape from Pretoria' on each platform when they are available. Now, before we get into the nitty-gritty of how you can watch 'Escape from Pretoria' right now, here are some details about the Arclight Films, South Australian Film Corporation, Premiere Picture, Footprint Films, Spier Films, Momentum Pictures, Beagle Pug Films, Hamilton Entertainment, Particular Crowd, MEP Capital, Enriched Media Group thriller flick.

Released March 6th, 2020, 'Escape from Pretoria' stars Daniel Radcliffe, Daniel Webber, Ian Hart, Mark Leonard Winter The PG-13 movie has a runtime of about 1 hr 42 min, and received a user score of 73 (out of 100) on TMDb, which assembled reviews from 953 top users.

You probably already know what the movie's about, but just in case... Here's the plot: "South Africa, 1978. Tim Jenkin and Stephen Lee, two white political activists from the African National Congress imprisoned by the apartheid regime, put a plan in motion to escape from the infamous Pretoria Prison."

The Banker
"Don’t pay the man. Be the man."
Guns Akimbo
"Get loaded"

Richard Jewell
"The world will know his name and the truth."

21 Bridges
"The only way out is through him"

Dark Waters
"The truth has a man on the inside"

After the Sunset
"Who will walk away?"

The Rhythm Section
"Witness the birth of an assassin."

Just Mercy
"Every generation has its hero. Meet ours."

The Way Back
"Every loss is another fight."

The Invisible Man
"What You Can't See Can Hurt You"

The Tunnel
"Two ways in - No way out"
Vivarium
"You're home. Forever."
The Postcard Killings