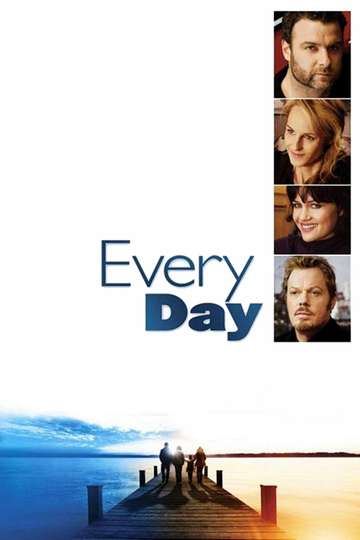 Every Day (2010)Stream and Watch Online

Looking to watch 'Every Day' on your TV or mobile device at home? Searching for a streaming service to buy, rent, download, or view the Richard Levine-directed movie via subscription can be difficult, so we here at Moviefone want to do the heavy lifting.

Below, you'll find a number of top-tier streaming and cable services - including rental, purchase, and subscription alternatives - along with the availability of 'Every Day' on each platform when they are available. Now, before we get into the various whats and wheres of how you can watch 'Every Day' right now, here are some particulars about the comedy flick.

Released January 14th, 2010, 'Every Day' stars Liev Schreiber, Helen Hunt, Carla Gugino, Ezra Miller The R movie has a runtime of about 1 hr 33 min, and received a user score of 51 (out of 100) on TMDb, which collated reviews from 73 well-known users.

Want to know what the movie's about? Here's the plot: "Ned is in the throes of a mid-life crisis. His work as a writer on an outrageous, semi-pornographic TV show is less than satisfying. His fifteen year old son has just told him he is gay and his eleven year old is afraid of, well pretty much everything. When his wife, Jeannie, moves her sick and embittered father from Detroit into their home in NY, it puts added stress on an already strained marriage. And when a sexy female co-worker puts the moves on Ned, the temptation sends him spiraling."

‘Twister’ Sequel in the Works

13 Things You Never Knew About 'X-Men Origins: Wolverine" on its 10th Anniversary