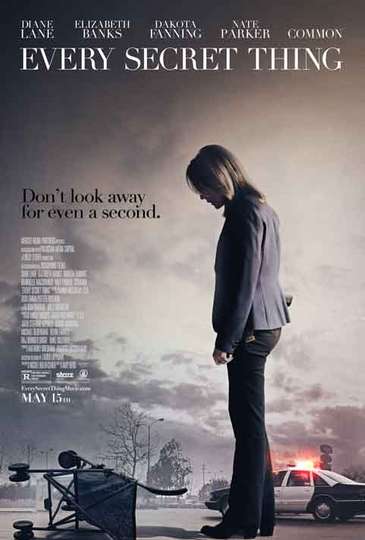 Looking to feast your eyes on 'Every Secret Thing' on your TV or mobile device at home? Searching for a streaming service to buy, rent, download, or view the Amy J. Berg-directed movie via subscription can be confusing, so we here at Moviefone want to help you out.

Below, you’ll find a number of top-tier streaming and cable services - including rental, purchase, and subscription alternatives - along with the availability of 'Every Secret Thing' on each platform. Now, before we get into the nitty-gritty of how you can watch 'Every Secret Thing' right now, here are some particulars about the Hyde Park Entertainment, Likely Story thriller flick.

Released April 20th, 2014, 'Every Secret Thing' stars Diane Lane, Elizabeth Banks, Dakota Fanning, Danielle Macdonald The R movie has a runtime of about 1 hr 33 min, and received a user score of 61 (out of 100) on TMDb, which assembled reviews from 252 respected users.

Want to know what the movie's about? Here's the plot: "One clear summer day in a Baltimore suburb, a baby goes missing from her front porch. Two young girls serve seven years for the crime and are released into a town that hasn't fully forgiven or forgotten. Soon, another child is missing, and two detectives are called in to investigate the mystery in a community where everyone seems to have a secret."

Unfaithful
Connie is a wife and mother whose 11-year marriage to Edward has lost...

Deliver Us from Evil
When a frightening wave of violence sweeps through New York City, trou...

The Nut Job
Surly, a curmudgeon, independent squirrel is banished from his park an...

Toc Toc
Toc Toc follows the adventures and misadventures of a group of patient...

The Box
Norma and Arthur Lewis, a suburban couple with a young child, receive...

The Loft
For five men, the opportunity to share a penthouse in the city -- in w...

Under the Tuscan Sun
After a rough divorce, Frances, a 35 year old book editor from San Fra...