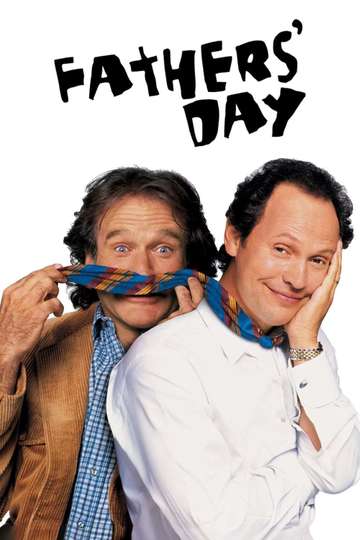 Need to watch 'Fathers' Day' on your TV, phone, or tablet? Tracking down a streaming service to buy, rent, download, or view the Ivan Reitman-directed movie via subscription can be confusing, so we here at Moviefone want to take the pressure off.

Read on for a listing of streaming and cable services - including rental, purchase, and subscription alternatives - along with the availability of 'Fathers' Day' on each platform when they are available. Now, before we get into the fundamentals of how you can watch 'Fathers' Day' right now, here are some specifics about the Warner Bros. Pictures, Silver Pictures, Northern Lights Entertainment family flick.

Released May 9th, 1997, 'Fathers' Day' stars Robin Williams, Billy Crystal, Julia Louis-Dreyfus, Nastassja Kinski The PG-13 movie has a runtime of about 1 hr 39 min, and received a user score of 55 (out of 100) on TMDb, which put together reviews from 239 top users.

Curious to know what the movie's about? Here's the plot: "Smart aleck lawyer, Jack Lawrence is one day visited by an ex-girlfriend who tells him her child is his. Enter Dale Putley. A depressed goofball who is also a writer, Dale meets with the same ex-girlfriend who also tells him her child is his. One day Jack and Dale meet and discover they've been told the same story—and there is now a question of who the real father is. They learn their son is following a rock band around Sacramento, so Jack and Dale must use teamwork to find him—and then find out which one of them is the real father."

E.T. the Extra-Terrestrial
"He is afraid. He is alone. He is three million light years from home."

Aladdin
"Wish granted!"
Dead Poets Society
"He was their inspiration. He made their lives extraordinary."

Good Will Hunting
"For the first 20 years of his life, Will Hunting has called the shots. Now he's about to meet his match."

Robots
"The Biggest Comedy Ever Assembled!"
Nine Months
"Ready or Not."
Bicentennial Man
"One robot's 200 year journey to become an ordinary man."
Notting Hill
"Can the most famous film star in the world fall for the man on the street?"
What Dreams May Come
"After life there is more. The end is just the beginning."

Saving Private Ryan
"The mission is a man."
Grease
"Grease is the word."
Awakenings
"There is no such thing as a simple miracle."
Look Who's Talking
"He's hip, he's cool, and he's only 3 months old."

RV
"One Family. Eight Wheels. No brakes."
Mrs. Doubtfire
"She makes dinner. She does windows. She reads bedtime stories. She's a blessing... in disguise."

Ice Age: The Meltdown
"Kiss Your Nuts Goodbye"
Flubber
"Catch it if you can!"
Patch Adams
"Laughter is contagious."
Jack
"Jack Powell is about to tackle his biggest adventure ever... the fifth grade!"