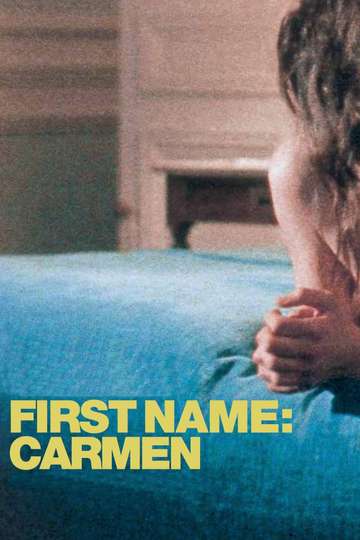 TMDb Score
66
NR 1 hr 25 minDec 20th, 1983Crime, Drama, Comedy, Romance
The protagonist is Carmen X, a female member of a terrorist gang. She asks her uncle Jean, a washed-up film director if she can borrow his beachside house to make a film with some friends, but they are in fact planning to rob a bank. During the robbery she falls in love with a security guard. The film intercuts between Carmen's escape with the guard, her uncle's attempt to make a comeback film, and a string quartet attempting to perform Beethoven.
Show More
DirectorJean-Luc Godard
StarringMaruschka DetmersJacques BonnaffÃ©Myriem Roussel
Where to WatchFull Cast & CrewBuy DVD

La Chinoise
A small group of French students are studying Mao, trying to find out...

Breathless
A small-time thief steals a car and impulsively murders a motorcycle p...

Masculin Féminin
Paul, a young idealist trying to figure out what he wants to do with h...

Sympathy for the Devil
An exhilarating, provocative motion picture. The Rolling Stones rehear...

Pierrot le Fou
Pierrot escapes his boring society and travels from Paris to the Medit...