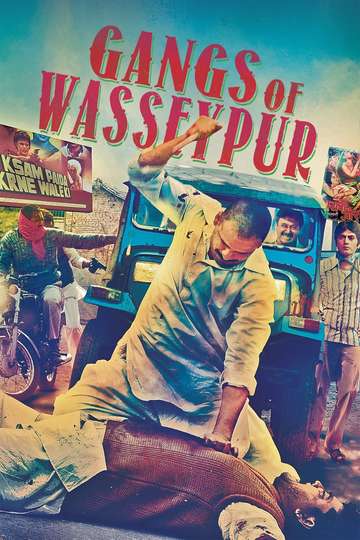 "TERI KEH KE LUNGA !"
TMDb Score
72
NR 2 hr 40 minThriller, Action, Crime
Shahid Khan is exiled after impersonating the legendary Sultana Daku in order to rob British trains. Now outcast, Shahid becomes a worker at Ramadhir Singh's colliery, only to spur a revenge battle that passes on to generations. At the turn of the decade, Shahid's son, the philandering Sardar Khan vows to get his father's honor back, becoming the most feared man of Wasseypur.
Show More
DirectorAnurag Kashyap
StarringManoj BajpayeeRicha ChadhaTigmanshu Dhulia
Where to WatchFull Cast & Crew

Gangs of Wasseypur - Part 2
It’s the sequel and the final chapter in the bloody lives of the aveng...

Gulaal
A law student witnesses the struggles of the Rajputs, deception, homic...

Rang De Basanti
After a group of friends graduate from Delhi University, they listless...

Baby
An elite counter-intelligence unit learns of a plot, masterminded by a...

Hera Pheri
Three unemployed men find the answer to all their money problems when...