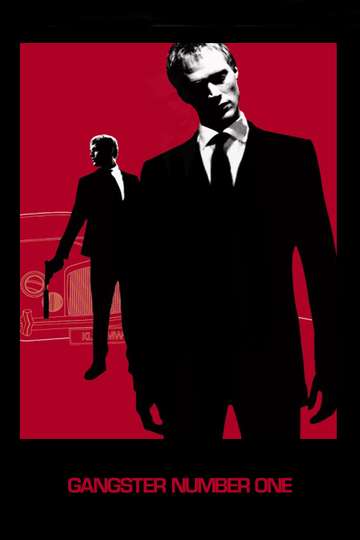 Fancy watching 'Gangster No. 1' on your TV, phone, or tablet? Hunting down a streaming service to buy, rent, download, or watch the Paul McGuigan-directed movie via subscription can be confusing, so we here at Moviefone want to do the work for you.

Below, you'll find a number of top-tier streaming and cable services - including rental, purchase, and subscription choices - along with the availability of 'Gangster No. 1' on each platform when they are available. Now, before we get into the nitty-gritty of how you can watch 'Gangster No. 1' right now, here are some details about the Road Movies, Filmboard Berlin-Brandenburg (FBB), Little Bird, Pagoda Film, Film4 Productions, British Sky Broadcasting, British Screen Productions, NFH Films action flick.

Released October 21st, 2000, 'Gangster No. 1' stars Paul Bettany, Malcolm McDowell, David Thewlis, Jamie Foreman The movie has a runtime of about 1 hr 43 min, and received a user score of 65 (out of 100) on TMDb, which assembled reviews from 157 experienced users.

Curious to know what the movie's about? Here's the plot: "An old gangster is advised that Freddie Mays would leave jail after thirty years in prison. His mood changes and he recalls when he was a young punk and who joined Freddie's gang—a man he both envied and ultimately betrayed." .

The Obsessed
Session 9
"Fear is a place."
Detour
"He went searching for love… but fate forced a DETOUR to revelry… violence… mystery!"
Scarlet Street
"The things she does to men can end only one way - in murder!"
Lifeforce
"In the Blink of An Eye, the Terror Begins."
Society
"It's all about fitting in."

The Fog
"Their PAST Has Come Back To HAUNT THEM"

What Lies Beneath
"He was the perfect husband until his one mistake followed them home."
A Better Tomorrow II
Once Were Warriors
"A family in crisis, a life in chaos... Nothing is more powerful than a mother's love."
The Man Who Killed Hitler and Then the Bigfoot
"An American Myth"

We Are What We Are
"Blood is the strongest bond."
Laura
"The story of a love that became the most fearful thing that ever happened to a woman!"
Elevator to the Gallows
"Frantic for life and love, frantic for excitement."
Redcon-1
"War Has Just Evolved."
Touchez Pas au Grisbi
"It Bristles With Violence!"
Wicked Little Things
"Prey for Them"
Stereo (Tile 3B of a CAEE Educational Mosaic)
Barfly
"Some people never go crazy. What truly horrible lives they must lead."
What Becomes of the Broken Hearted?
"Once they were warriors. Men of Honour. Now five years on one man's battle has only just begun."

Cabin Fever
"Terror… in the flesh."