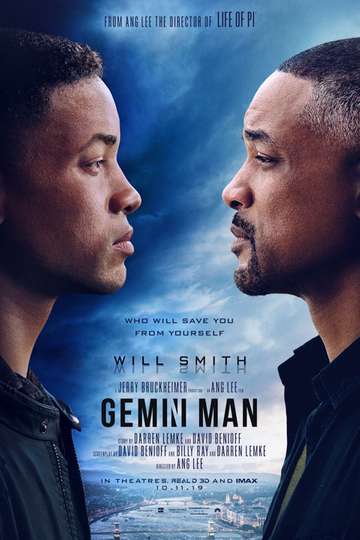 Yearning to watch 'Gemini Man' in the comfort of your own home? Searching for a streaming service to buy, rent, download, or view the Ang Lee-directed movie via subscription can be confusing, so we here at Moviefone want to help you out.

Read on for a listing of streaming and cable services - including rental, purchase, and subscription alternatives - along with the availability of 'Gemini Man' on each platform. Now, before we get into the nitty-gritty of how you can watch 'Gemini Man' right now, here are some details about the Skydance Media, Jerry Bruckheimer Films, Alibaba Pictures Group, Fosun Group Forever Pictures thriller flick.

Released October 11th, 2019, 'Gemini Man' stars Will Smith, Mary Elizabeth Winstead, Clive Owen, Benedict Wong The PG-13 movie has a runtime of about 1 hr 57 min, and received a user score of 64 (out of 100) on TMDb, which assembled reviews from 4,016 experienced users.

Curious to know what the movie's about? Here's the plot: "Henry Brogan is an elite 51-year-old assassin who's ready to call it quits after completing his 72nd job. His plans get turned upside down when he becomes the target of a mysterious operative who can seemingly predict his every move. To his horror, Brogan soon learns that the man who's trying to kill him is a younger, faster, cloned version of himself."

Men in Black: International
The Men in Black have always protected the Earth from the scum of the...

Joker
During the 1980s, a failed stand-up comedian is driven insane and turn...

Maleficent: Mistress of Evil
Maleficent and her goddaughter Aurora begin to question the complex fa...

Inside Man: Most Wanted
An NYPD hostage negotiator teams up with a federal agent to rescue doz...

Bloodshot
After he and his wife are murdered, marine Ray Garrison is resurrected...