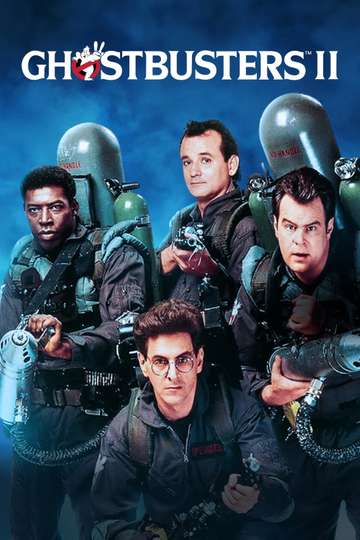 Want to behold the glory that is 'Ghostbusters II' in the comfort of your own home? Finding a streaming service to buy, rent, download, or watch the Ivan Reitman-directed movie via subscription can be difficult, so we here at Moviefone want to do the work for you.

We've listed a number of streaming and cable services - including rental, purchase, and subscription alternatives - along with the availability of 'Ghostbusters II' on each platform when they are available. Now, before we get into the nitty-gritty of how you can watch 'Ghostbusters II' right now, here are some details about the Columbia Pictures comedy flick.

Released June 16th, 1989, 'Ghostbusters II' stars Bill Murray, Dan Aykroyd, Sigourney Weaver, Harold Ramis The PG movie has a runtime of about 1 hr 48 min, and received a user score of 65 (out of 100) on TMDb, which compiled reviews from 3,618 respected users.

What, so now you want to know what the movie's about? Here's the plot: "Five years after they defeated Gozer, the Ghostbusters are out of business. When Dana begins to have ghost problems again, the boys come out of retirement to aid her and hopefully save New York City from a new paranormal threat."

Public Speaking
Gremlins
"Don't get him wet, keep him out of bright light, and never NEVER feed him after midnight."
The Running Man
"2019. A game nobody survives. This year might be the exception."
Transformer
Kindergarten Cop
"Go ahead, you tell him you didn't do your homework."
Sundance Skippy
Back to the Future Part III
"They've saved the best trip for last... But this time they may have gone too far."
Gilbert
"a Gilbert Gottfried story"
Honey, I Shrunk the Kids
"The most astonishing, innovative, backyard adventure of all time!"
Back to the Future Part II
"Roads? Where we're going, we don't need roads!"
Live in Front of a Studio Audience: Norman Lear's "All in the Family" and "The Jeffersons"
Ghostbusters
"They ain't afraid of no ghost."

Spaceballs
"May the schwartz be with you."

Rent: Filmed Live on Broadway
"Rent's final performance on Broadway."
Lethal Weapon 2
"The magic is back!"
The 2019 Rose Parade with Cord & Tish

Ghostbusters
"Who You Gonna Call?"
Who Framed Roger Rabbit
"It's the story of a man, a woman, and a rabbit in a triangle of trouble."
Indiana Jones and the Temple of Doom
"If adventure has a name... it must be Indiana Jones."
Peter Pan