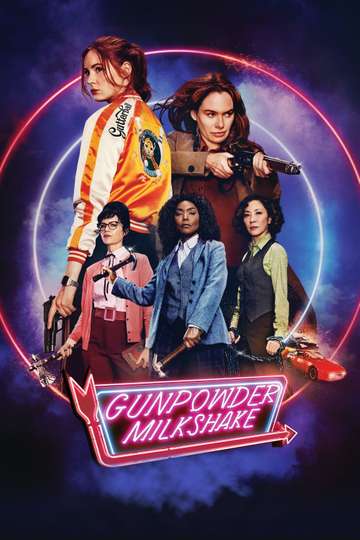 Looking to feast your eyes on 'Gunpowder Milkshake' on your TV, phone, or tablet? Tracking down a streaming service to buy, rent, download, or view the Navot Papushado-directed movie via subscription can be tricky, so we here at Moviefone want to take the pressure off.

We've listed a number of streaming and cable services - including rental, purchase, and subscription choices - along with the availability of 'Gunpowder Milkshake' on each platform. Now, before we get into all the details of how you can watch 'Gunpowder Milkshake' right now, here are some details about the StudioCanal, STX Films, Studio Babelsberg, Canal+, Ciné+, The Picture Company thriller flick.

Released July 14th, 2021, 'Gunpowder Milkshake' stars Karen Gillan, Lena Headey, Carla Gugino, Michelle Yeoh The R movie has a runtime of about 1 hr 54 min, and received a user score of 66 (out of 100) on TMDb, which collated reviews from 118 respected users.

You probably already know what the movie's about, but just in case... Here's the plot: "In her turbulent life as a professional assassin, Scarlet was cruelly forced to abandon her daughter Sam and go on the run. Years later, despite the estrangement, Sam has also grown up into a cold blooded hitwoman. After a high-stake mission spins out of control, putting an innocent 8-year-old girl in the middle of the gang war she has unleashed, Sam has no choice but to go rogue. This ultimately leads her back to her mother and her former hitwomen sidekicks, who all join forces in an avenging war against those who took everything from them."

'Gunpowder Milkshake' is currently available to rent, purchase, or stream via subscription on Netflix .

F9
Dominic Toretto and his crew battle the most skilled assassin and high...

The House Next Door: Meet the Blacks 2
When bestselling author Carl Black moves his family back to his childh...

A Classic Horror Story
Five carpoolers travel in a motorhome to reach a common destination. N...

Fear Street: 1994
In 1994, a group of teenagers discovers that the terrifying events whi...

Pig
Living alone in the Oregon wilderness, a truffle hunter returns to Por...

The ‘Gunpowder Milkshake’ Cast Talks About Their Stunt Work