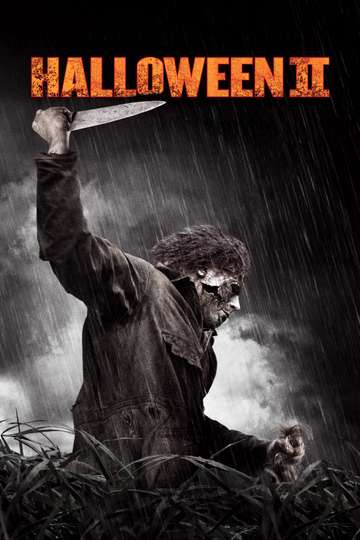 Need to watch 'Halloween II' on your TV, phone, or tablet? Hunting down a streaming service to buy, rent, download, or watch the Rob Zombie-directed movie via subscription can be challenging, so we here at Moviefone want to do right by you.

Read on for a listing of streaming and cable services - including rental, purchase, and subscription options - along with the availability of 'Halloween II' on each platform when they are available. Now, before we get into the fundamentals of how you can watch 'Halloween II' right now, here are some particulars about the Dimension Films, Spectacle Entertainment Group, Trancas International Films horror flick.

Released August 28th, 2009, 'Halloween II' stars Scout Taylor-Compton, Malcolm McDowell, Brad Dourif, Tyler Mane The R movie has a runtime of about 1 hr 45 min, and received a user score of 54 (out of 100) on TMDb, which put together reviews from 1,083 well-known users.

Curious to know what the movie's about? Here's the plot: "Laurie Strode struggles to come to terms with her brother Michael's deadly return to Haddonfield, Illinois. Meanwhile, Michael prepares for another reunion with his sister."