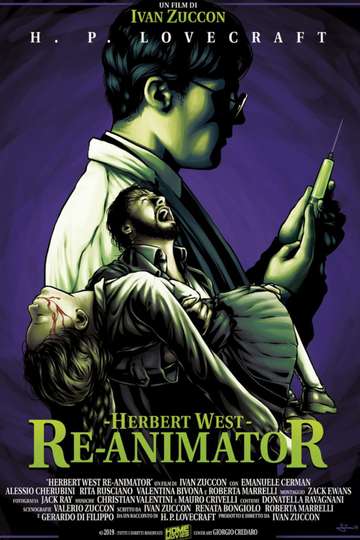 Need to watch 'Herbert West: Re-Animator' on your TV or mobile device at home? Discovering a streaming service to buy, rent, download, or watch the Ivan Zuccon-directed movie via subscription can be a huge pain, so we here at Moviefone want to do the work for you.

Released August 11th, 2017, 'Herbert West: Re-Animator' stars Emanuele Cerman, Alessio Cherubini, Rita Rusciano, Valentina Bivona The movie has a runtime of about 1 hr 19 min, and received a user score of 56 (out of 100) on TMDb, which put together reviews from 13 experienced users.

Curious to know what the movie's about? Here's the plot: "After the loss of his daughter Eleanor, a famous scientist, Dr. Herbert West, experimenting with a special serum invented by him, desperately tries to bring her back to life."