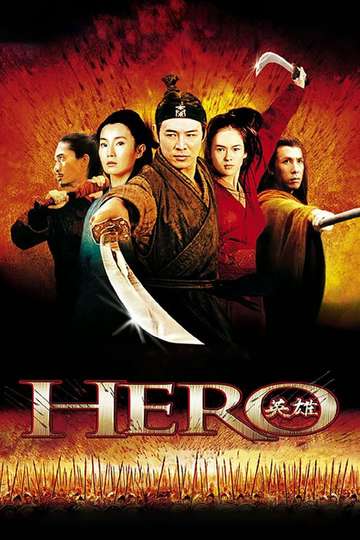 Fancy watching 'Hero' on your TV or mobile device at home? Finding a streaming service to buy, rent, download, or watch the Zhang Yimou-directed movie via subscription can be a challenge, so we here at Moviefone want to do the work for you.

Below, you’ll find a number of top-tier streaming and cable services - including rental, purchase, and subscription alternatives - along with the availability of 'Hero' on each platform. Now, before we get into the fundamentals of how you can watch 'Hero' right now, here are some particulars about the Beijing New Picture Film Co. Ltd., China Film Co-Production Corporation, Miramax drama flick.

You probably already know what the movie's about, but just in case... Here's the plot: "One man defeated three assassins who sought to murder the most powerful warlord in pre-unified China."

The Legend of Fong Sai-Yuk
The secret Red Lotus Flower Society is committed to the overthrow of t...

Fearless
Huo Yuan Jia became the most famous martial arts fighter in all of Chi...

The Godfather Trilogy: 1901-1980
The multigenerational saga of the rise and fall of the Corleone crime...

Browsers
Set in contemporary Manhattan, it follows four young people as they st...

Curse of the Golden Flower
During China's Tang dynasty the emperor has taken the princess of a ne...

House of Flying Daggers
In 9th century China, a corrupt government wages war against a rebel a...

Dr. Wai In The Scripture With No Words
A serial adventure writer with problems in his personal life lives out...