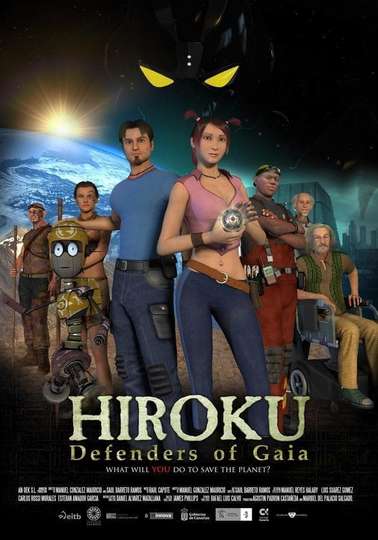 NR 1 hr 20 minAnimation
Year 2122 (20 years after planetary cataclysm). The invention of the machine to control the weather, by the teacher and his disciple Shivata Hiroku, leads to the death of the teacher. Hiroku and his friend Joe must flee the city sealed Kane City, accused of the crime. With the support of a foreign patron, Nagual, Gaia Defenders created a multiracial group of young people from his headquarters under the Teide Corporation will face Kane directed by the tyrant to save the planet.
Show More
DirectorsManuel GonzÃ¡lez MauricioSaÃºl Barreto Ramos
StarringBenjamin Nathan-SerioBeth RollanJames Walker Reid
Movie DetailsFull Cast & Crew