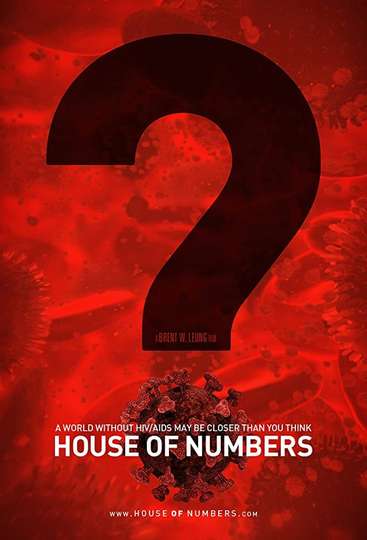 House of Numbers: Anatomy of an Epidemic (2009)

"A world without HIV/AIDS may be closer than you think."
TMDb Score
76
NR 1 hr 30 minApr 19th, 2009Documentary
In House of Numbers: Anatomy of an Epidemic, an AIDS film like no other, the HIV/AIDS story is being rewritten. This is the first film to present the uncensored POVs of virtually all the major players; in their own settings, in their own words. It rocks the foundation upon which all conventional wisdom regarding HIV/AIDS is based. House of Numbers could well be the opening volley in a battle to bring sanity and clarity to an epidemic gone awry.
Show More
DirectorBrent Leung
StarringLuc MontagnierFrancois Barre-SinnousiAnthony Fauci
Full Cast & Crew

Original Language:English
House of Numbers: Anatomy of an Epidemic on the Web:Official Website