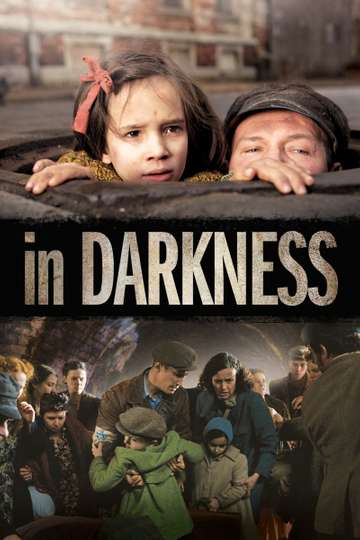 TMDb Score
71
R 2 hr 25 minSep 2nd, 2011War, Drama
A dramatization of one man's rescue of Jewish refugees in the Nazi-occupied Polish city of Lvov. In Darkness tells the true story of Leopold Soha who risks his own life to save a dozen people from certain death. Initially only interested in his own good, the thief and burglar hides Jewish refugees for 14 months in the sewers of the Nazi-occupied town of Lvov (formerly Poland).
Show More
DirectorAgnieszka Holland
StarringRobert WiÄ™ckiewiczBenno FÃ¼rmannAgnieszka Grochowska
Where to WatchFull Cast & CrewBuy DVD

Black Book
In the Nazi-occupied Netherlands during World War II, a Jewish singer...

What's in a Name
Vincent, a wealthy real estate agent, is invited to dinner by his sist...

Beethoven
The Newton family live in their comfortable home, but there seems to s...

Rust and Bone
Put in charge of his young son, Ali leaves Belgium for Antibes to live...

Hereafter
Three people — a blue-collar American, a French journalist and a Londo...

The Iron Lady
A look at the life of Margaret Thatcher, the former Prime Minister of...