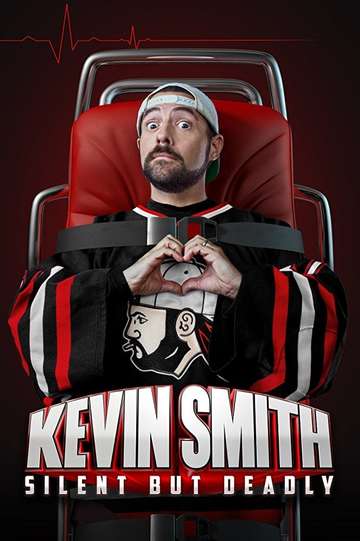 Need to watch 'Kevin Smith: Silent but Deadly' on your TV, phone, or tablet? Tracking down a streaming service to buy, rent, download, or view the Brian Volk-Weiss-directed movie via subscription can be difficult, so we here at Moviefone want to help you out.

We've listed a number of streaming and cable services - including rental, purchase, and subscription choices - along with the availability of 'Kevin Smith: Silent but Deadly' on each platform when they are available. Now, before we get into the various whats and wheres of how you can watch 'Kevin Smith: Silent but Deadly' right now, here are some particulars about the Comedy Dynamics, Showtime Entertainment Television comedy flick.

What, so now you want to know what the movie's about? Here's the plot: "Recorded on 25 Feb 2018 at the Alex Theater in Glendale, CA.. immediately after the show, Smith suffered a near-fatal heart attack, With this stand-up special to show for it after his recovery, he riffs on marriage, fatherhood, friends and his work (or lack thereof)."