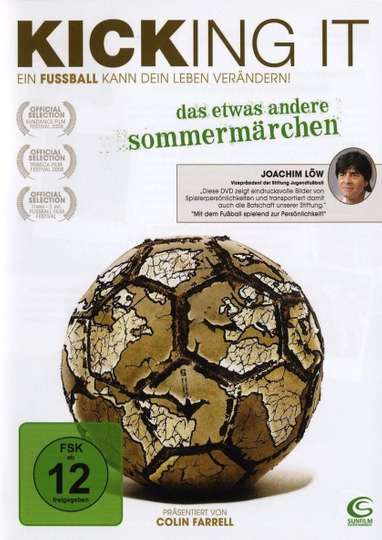 Kicking It (2008)Stream and Watch Online

Want to behold the glory that is 'Kicking It' on your TV, phone, or tablet? Hunting down a streaming service to buy, rent, download, or view the Susan Koch-directed movie via subscription can be difficult, so we here at Moviefone want to help you out.

Below, you'll find a number of top-tier streaming and cable services - including rental, purchase, and subscription choices - along with the availability of 'Kicking It' on each platform when they are available. Now, before we get into the fundamentals of how you can watch 'Kicking It' right now, here are some particulars about the Wider Film Projects documentary flick.

Released June 13th, 2008, 'Kicking It' stars Brandon Francis, Colin Farrell The movie has a runtime of about 1 hr 38 min, and received a user score of 87 (out of 100) on TMDb, which assembled reviews from 3 experienced users.

What, so now you want to know what the movie's about? Here's the plot: "Kicking It chronicles the lives of seven players taking a once in a lifetime opportunity to represent their country at the Cape Town 2006 Homeless World Cup. Najib from war torn Afghanistan; Alex from the slums of Kenya; Damien and Simon from the drug rehab clinics of Dublin, Ireland; Craig from the streets of Charlotte, North Carolina; Jesus from the overflowing public shelters of Madrid, Spain,"

'Kicking It' is currently available to rent, purchase, or stream via subscription on Amazon Video, Tubi TV, and The Roku Channel .