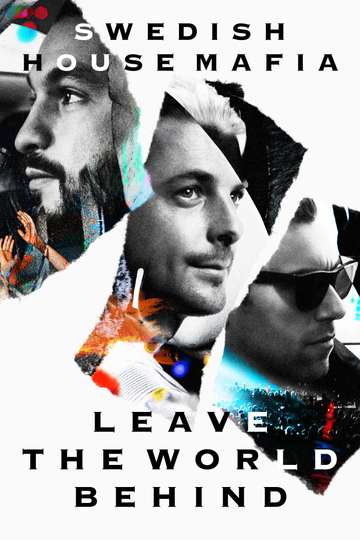 Leave the World Behind (2014)Stream and Watch Online

"The film maps out three of the biggest stars in a scene which has gripped youth the world over."
TMDb Score
70
G 1 hr 30 minMar 12th, 2014Documentary, Music
Movie DetailsWhere to WatchFull Cast & CrewBuy DVD

Looking to feast your eyes on 'Leave the World Behind' on your TV or mobile device at home? Finding a streaming service to buy, rent, download, or watch the Christian Larson-directed movie via subscription can be a huge pain, so we here at Moviefone want to take the pressure off.

Below, you’ll find a number of top-tier streaming and cable services - including rental, purchase, and subscription choices - along with the availability of 'Leave the World Behind' on each platform. Now, before we get into the nitty-gritty of how you can watch 'Leave the World Behind' right now, here are some specifics about the Ridley Scott Associates documentary flick.

Released March 12th, 2014, 'Leave the World Behind' stars Steve Angello, Nikhil Chinappa, Axwell, Sebastian Ingrosso The G movie has a runtime of about 1 hr 30 min, and received a user score of 70 (out of 100) on TMDb, which collated reviews from 41 experienced users.

You probably already know what the movie's about, but just in case... Here's the plot: "A music documentary following the breakup of Swedish House Mafia and their subsequent One Last Tour. The largest electronic tour in history, selling over 1 million tickets in one week. Director Christian Larson captures the band in a unique fly on the wall manner as they call it quits and seek closure by going on the tour they had always dreamed of. With breathtaking live moments, huge laughs and dark lows, the band start to unravel why they came to the decision to end the biggest achievement of their lives to date to save their friendship. The film maps out three of the biggest stars in a scene which has gripped youth the world over and the psychology of the band. A film not to be missed."

'Leave the World Behind' is currently available to rent, purchase, or stream via subscription on Amazon Video, and Tubi TV .

Lucy
A woman, accidentally caught in a dark deal, turns the tables on her c...