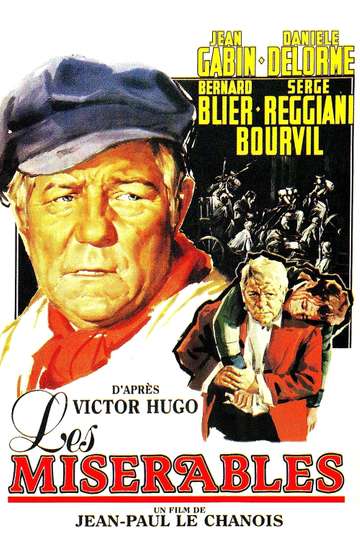 TMDb Score
69
NR 3 hr 30 minDrama, History
Victor Hugo's monumental novel Les Miserables has been filmed so often that sometimes it's hard to tell one version from another. One of the best and most faithful adaptations is this 240-minute French production, starring Jean Gabin as the beleaguered Jean Valjean. Arrested for a petty crime, Valjean spends years 20 in the brutal French penal system. Even upon his release, his trail is dogged by relentless Inspector Javert (Bernard Blier). Valjean's efforts to create a new life for himself despite the omnipresence of Javert is meticulously detailed in this film, which utilizes several episodes from the Hugo original that had hitherto never been dramatized. Originally released as a single film, Les Miserables was usually offered as a two parter outside of France.
Show More
DirectorJean-Paul Le Chanois
StarringJean GabinDanièle DelormeBernard Blier
Movie DetailsFull Cast & CrewBuy DVD