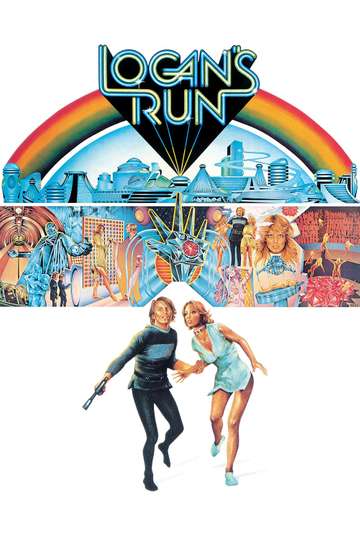 Want to behold the glory that is 'Logan's Run' in the comfort of your own home? Tracking down a streaming service to buy, rent, download, or view the Michael Anderson-directed movie via subscription can be challenging, so we here at Moviefone want to do the work for you.

Read on for a listing of streaming and cable services - including rental, purchase, and subscription alternatives - along with the availability of 'Logan's Run' on each platform when they are available. Now, before we get into the fundamentals of how you can watch 'Logan's Run' right now, here are some details about the Metro-Goldwyn-Mayer science fiction flick.

Released June 23rd, 1976, 'Logan's Run' stars Michael York, Richard Jordan, Jenny Agutter, Roscoe Lee Browne The PG movie has a runtime of about 1 hr 59 min, and received a user score of 66 (out of 100) on TMDb, which collated reviews from 761 respected users.

You probably already know what the movie's about, but just in case... Here's the plot: "In the 23rd century, inhabitants of a domed city freely experience all of life's pleasures — but no one is allowed to live past 30. Citizens can try for a chance at being "renewed" in a civic ceremony on their 30th birthday. Escape is the only other option."

Live is Life
Silent Running
"Amazing companions on an incredible adventure... that journeys beyond imagination!"
The Andromeda Strain
"The picture runs 130 minutes!... The story covers 96 of the most critical hours in man's history!... The suspense will last through your lifetime!"
The Handmaid's Tale
"A haunting tale of sexuality in a country gone wrong."
A Christmas Story
"Peace, Harmony, Comfort and Joy... Maybe Next Year."
It's Just a Phase, Honeybunny
The Omega Man
"The last man alive... is not alone!"
The Black Hole
"A journey that begins where everything ends!"
Starman
"In 1977 Voyager II was launched into space, inviting all lifeforms in the universe to visit our planet. Get ready. Company's coming."
Forbidden Planet
"Earthmen on a fabulous, peril-journey into outer space!"

Say Anything...
"To know Lloyd Dobler is to love him. Diane Court is about to know Lloyd Dobler."
The Time Machine
"You Will Orbit into the Fantastic Future!"
Star Trek II: The Wrath of Khan
"At the end of the universe lies the beginning of vengeance."
Star Trek III: The Search for Spock
"A dying planet. A fight for life."
Soylent Green
"What is the secret of Soylent Green?"
Westworld
"Where robot men and women are programmed to serve you for ...Romance ...Violence ...Anything."
The Last Starfighter
"He didn't find his dreams... his dreams found him."
Enemy Mine
"Enemies because they were taught to be. Survivors because they had to be."
Flash Gordon
"He'll save every one of us!"

How It Ends
"Party like there is no tomorrow."
Planet of the Apes
"Somewhere in the Universe, there must be something better than man!"