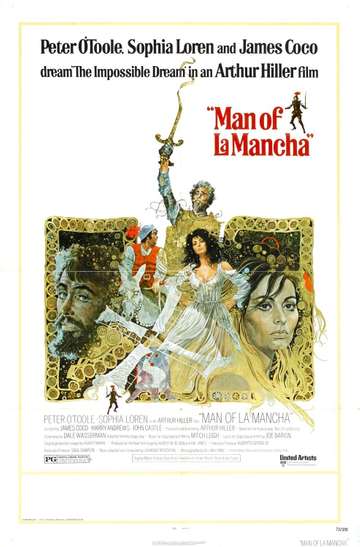 In the sixteenth century, Miguel de Cervantes, poet, playwright, and part-time actor, has been arrested, together with his manservant, by the Spanish Inquisition. They are accused of presenting an entertainment offensive to the Inquisition. Inside the huge dungeon into which they have been cast, the other prisoners gang up on Cervantes and his manservant, and begin a mock trial, with the intention of stealing or burning his possessions. Cervantes wishes to desperately save a manuscript he carries with him and stages, with costumes, makeup, and the participation of the other prisoners, an unusual defense--the story of Don Quixote.