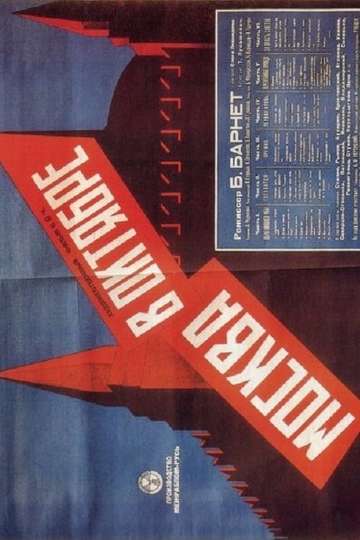 NR 1 hr 10 minSep 16th, 1929
October reflects a general attempt in Russia to sustain the frenzy and dynamism of revolutionary fervour. This attempt increased in scale and ambition as they pushed it further, resulting in the theatricalisation of life. In other words, the boundaries between real events and fabricated drama became blurred as the portrayal of life became more exaggerated. It is important to remember that the film does not represent what actually happened during the 1917 Revolution, but is rather an adaptation.
Show More
DirectorBoris Barnet
StarringBoris BarnetIvan BobrovAlexandr Gromov
Movie DetailsFull Cast & Crew