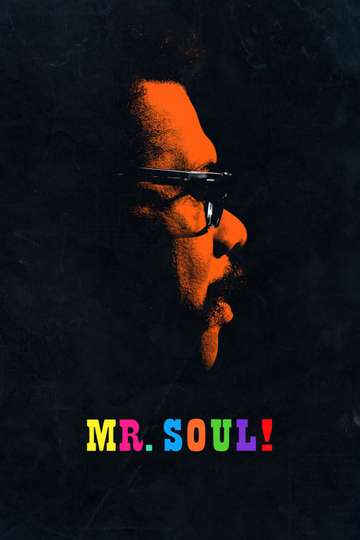 Looking to watch 'Mr. SOUL!' on your TV, phone, or tablet? Finding a streaming service to buy, rent, download, or view the Sam Pollard-directed movie via subscription can be challenging, so we here at Moviefone want to take the pressure off.

We've listed a number of streaming and cable services - including rental, purchase, and subscription options - along with the availability of 'Mr. SOUL!' on each platform. Now, before we get into the fundamentals of how you can watch 'Mr. SOUL!' right now, here are some finer points about the Independent Lens, Black Public Media (BPM), JustFilms / Ford Foundation, ITVS, Shoes in the Bed Productions documentary flick.

Released August 28th, 2020, 'Mr. SOUL!' stars Ellis Haizlip, Sidney Poitier, Blair Underwood, Harry Belafonte The movie has a runtime of about 1 hr 30 min, and received a user score of 75 (out of 100) on TMDb, which assembled reviews from 2 respected users.

What, so now you want to know what the movie’s about? Here's the plot: "On the heels of the Civil Rights Movement, one fearless black pioneer reconceived a Harlem Renaissance for a new era, ushering giants and rising stars of black American culture onto the national television stage. He was hip. He was smart. He was innovative, political, and gay. In his personal fight for social equality, this man ensured the Revolution would be televised. The man was Ellis Haizlip. The Revolution was soul!"

'Mr. SOUL!' is currently available to rent, purchase, or stream via subscription on HBO Max .