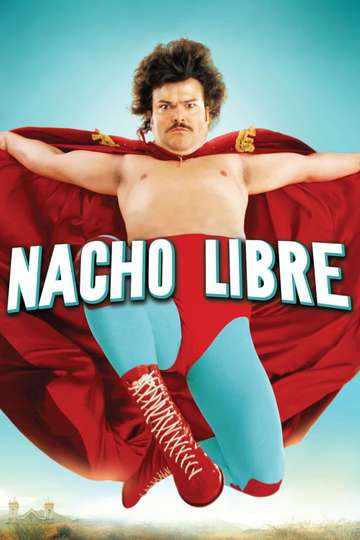 Yearning to watch 'Nacho Libre' on your TV or mobile device at home? Searching for a streaming service to buy, rent, download, or view the Jared Hess-directed movie via subscription can be a huge pain, so we here at Moviefone want to do the work for you.

Read on for a listing of streaming and cable services - including rental, purchase, and subscription choices - along with the availability of 'Nacho Libre' on each platform when they are available. Now, before we get into the nitty-gritty of how you can watch 'Nacho Libre' right now, here are some particulars about the Paramount, Nickelodeon Movies, Black & White Productions, MP Inka comedy flick.

What, so now you want to know what the movie's about? Here's the plot: "Nacho Libre is loosely based on the story of Fray Tormenta ("Friar Storm"), aka Rev. Sergio Gutierrez Benitez, a real-life Mexican Catholic priest who had a 23-year career as a masked luchador. He competed in order to support the orphanage he directed."

Tenacious D in The Pick of Destiny
"An epic quest. A magical guitar pick. A chance to put the D in Destiny."

Envy
"Success didn’t go to his head, it went to his neighbor."
Shallow Hal
"Are You A Shallow Guy?"
Orange County
"It's not just a place. It's a state of mind."

Talladega Nights: The Ballad of Ricky Bobby
"The story of a man who could only count to #1."

Year One
"Meet your ancestors"

Holes
"Some secrets are too big to keep hidden."

Happy Gilmore
"He doesn't play golf... he destroys it."

School of Rock
"He just landed the gig of his life: 5th grade."

DodgeBall: A True Underdog Story
"Grab life by the balls."
The Waterboy
"You can mess with him. But don't mess with his water."

Spanglish
"Every family has a hero."

Be Kind Rewind
"You name it, we shoot it."

Mr. Deeds
"Small town kid, big time right hook."
Saving Silverman
"They swore nothing would come between them. Then evil walked in the door"

Napoleon Dynamite
"He's out to prove he's got nothing to prove."

The Benchwarmers
"Get off the bench and get into the game."