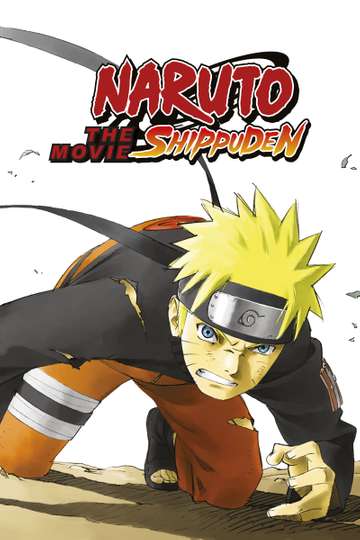 Need to watch 'Naruto Shippuden the Movie' in the comfort of your own home? Discovering a streaming service to buy, rent, download, or view the Hajime Kamegaki-directed movie via subscription can be a huge pain, so we here at Moviefone want to do the heavy lifting.

Read on for a listing of streaming and cable services - including rental, purchase, and subscription alternatives - along with the availability of 'Naruto Shippuden the Movie' on each platform when they are available. Now, before we get into the various whats and wheres of how you can watch 'Naruto Shippuden the Movie' right now, here are some finer points about the Pierrot action flick.

Released November 10th, 2009, 'Naruto Shippuden the Movie' stars Junko Takeuchi, Chie Nakamura, Yōichi Masukawa, Koichi Tochika The PG-13 movie has a runtime of about 1 hr 34 min, and received a user score of 73 (out of 100) on TMDb, which assembled reviews from 529 experienced users.

What, so now you want to know what the movie's about? Here's the plot: "Demons that once almost destroyed the world, are revived by someone. To prevent the world from being destroyed, the demon has to be sealed and the only one who can do it is the shrine maiden Shion from the country of demons, who has two powers; one is sealing demons and the other is predicting the deaths of humans. This time Naruto's mission is to guard Shion, but she predicts Naruto's death. The only way to escape it, is to get away from Shion, which would leave her unguarded, then the demon, whose only goal is to kill Shion will do so, thus meaning the end of the world. Naruto decides to challenge this "prediction of death.""