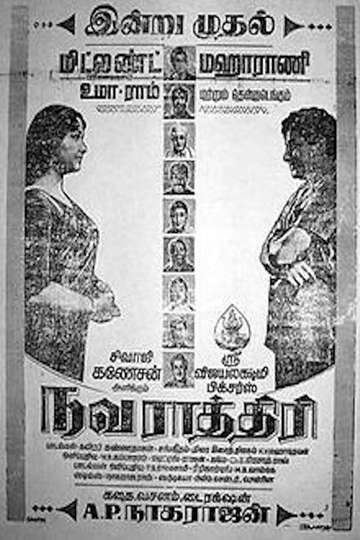 TMDb Score
80
NR 2 hr 44 minDrama
Navaratri combined the story telling skills of filmmaker A. P. Nagarajan and the performances of all-time greats Sivaji Ganesan and Savithri. It was the 100th film of Ganesan, who began his career as a stage artiste at the age of nine. Beginning with Parasakthi in 1952, the actor completed 100 films in a dozen years! BBC News mentioned Navaratri as one of Sivaji Ganesan
Show More
DirectorA. P. Nagarajan
StarringSivaji GanesanSavitriNagesh
Where to WatchFull Cast & Crew