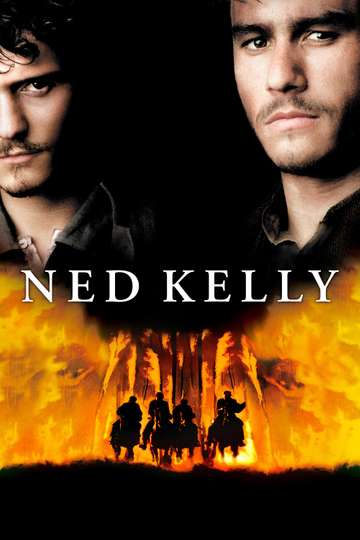 Looking to feast your eyes on 'Ned Kelly' in the comfort of your own home? Tracking down a streaming service to buy, rent, download, or watch the Gregor Jordan-directed movie via subscription can be a challenge, so we here at Moviefone want to do the heavy lifting.

We've listed a number of streaming and cable services - including rental, purchase, and subscription alternatives - along with the availability of 'Ned Kelly' on each platform when they are available. Now, before we get into the nitty-gritty of how you can watch 'Ned Kelly' right now, here are some particulars about the Australian Film Commission, StudioCanal, Australian Film Finance Corporation, Endymion Films, Working Title Films, WTA, Woss Group Film Productions drama flick.

You probably already know what the movie's about, but just in case... Here's the plot: "After getting threatened by Kelly's friends and family, Constable Fitzpatrick places the blame on Ned Kelly and exaggerates what happened. With the biggest ever award available, Kelly and his gang set into the wild, to remain hidden from everyone who seeks them. Even if it means having his family arrested, the members of the Kelly Gang stay hidden and plan a way to get their names cleared."

Kingdom of Heaven
"Be without fear in the face of your enemies. Safeguard the helpless, and do no wrong"

The Last Samurai
"In the face of an enemy, in the heart of one man, lies the soul of a warrior."

Valkyrie
"Many saw evil. They dared to stop it."
Hunger
"An odyssey, in which the smallest gestures become epic and when the body is the last resource for protest."

Alexander
"The greatest legend of all was real"
The Untouchables
"What are you prepared to do?"
Men of Honor
"History is made by those who break the rules."

Troy
"For passion. For honor. For destiny. For victory. For love."
A Knight's Tale
"He Will Rock You"

Black Hawk Down
"Leave No Man Behind."
Pocahontas
"An American legend comes to life."
Ed Wood
"When it came to making bad movies, Ed Wood was the best."

The King's Speech
"Find your voice."

Cinderella Man
"One man's extraordinary fight to save the family he loved."

Gangs of New York
"America was born in the streets."

Lords of Dogtown
"They came from nothing to change everything."
The Ninth Gate
"Every book has a life of its own."

The New World
"Once discovered, it was changed forever."