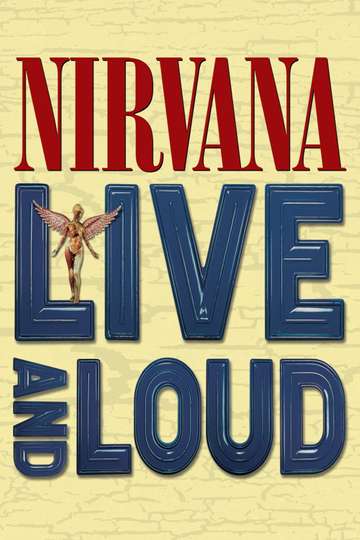 Want to behold the glory that is 'Nirvana: Live and Loud' in the comfort of your own home? Hunting down a streaming service to buy, rent, download, or watch the Beth McCarthy-Miller-directed movie via subscription can be tricky, so we here at Moviefone want to take the pressure off.

Read on for a listing of streaming and cable services - including rental, purchase, and subscription options - along with the availability of 'Nirvana: Live and Loud' on each platform when they are available. Now, before we get into the fundamentals of how you can watch 'Nirvana: Live and Loud' right now, here are some finer points about the documentary flick.

Released September 14th, 2013, 'Nirvana: Live and Loud' stars Kurt Cobain, Krist Novoselic, Dave Grohl The movie has a runtime of about 1 hr 17 min, and received a user score of 91 (out of 100) on TMDb, which compiled reviews from 11 respected users.

Want to know what the movie's about? Here's the plot: "Shortly after 'Unplugged', Nirvana would go on to film a concert during their 'In Utero' tour at Pier 48, in Seattle on December 13th, 1993 for MTV's "Live and Loud", It would be one of their last." .